AWS re:invent 2022 wrapped up within the last month and I've seen so many posts and articles about AWS and the number of services that they DID NOT release during the week long event. Typically, this time of year, AWS releases a boatload of new services and features. Everyone has come to expect a "fast and furious" event with new features being announced every hour. Customers and Partners are hanging on the edge of their seat asking themselves "What is AWS doing next? What can we tack onto? What can we do next in order to innovate as fast as AWS?"

IMHO, AWS is evolving. AWS re:invent 2022 showed that changes are taking place and AWS is focused on innovating and integrating existing services and features. Since re:invent started in 2012, AWS has been known to release new services like they were going out of style.

Some seem to think that AWS is slowing down on innovation. I think this is a new look for AWS as it took a slow, methodical approach to its new releases focusing on tighter integration with its existing services, including third parties. AWS still released a few new impactful features as they look to make sure that each feature isn't standalone but deeply integrated into their existing AWS services.

AWS Lambda Snapstart for Java functions was released on Monday night during Peter DeSantis's Keynote. AWS Lambda SnapStart is very interesting because this has been a long time coming. Lambda SnapStart offers improved startup times by initializing the function’s code ahead of time, taking a snapshot of the initialized execution environment, and caching it.

When the function is invoked and subsequently scales up, AWS Lambda SnapStart resumes new execution environments from the cached snapshot instead of initializing them from scratch, significantly improving startup latency. Lambda SnapStart is ideal for applications such as synchronous APIs, interactive microservices, or data processing. Peter also talked about the introduction of the Elastic Network Adapter (ENA) express for Amazon EC2 instances. The ENA is actually a new feature for scalable reliable diagram protocol to improve network performance in two key ways. One: Higher Single flow bandwidth and Two: Lower tail latency for network traffic between Amazon EC2 instances

If you take a look at Adam's keynote, some of the services that he released during his keynote where:

Amazon Omics helps you store, query, analyze and generate insights from genomics in other multi-omic data to improve human health. This is really huge for Amazon in their healthcare areas and industries. Plus, there are a number of AWS partners that are in the healthcare field looking forward to this new release!

An example, PTP technologies. They're huge in the healthcare technology field especially AWS for Life Sciences by providing solutions for increasing the efficiency of patient care, innovation and data lifecycle management; incorporating new technologies into care delivery; and improving security and compliance. AWS also released a number of NEW Amazon EC2 instances to support HPC and we'll talk about those in a few minutes.

Adam also announced AWS Supply Chain, which is a cloud-based application that unifies data, provides ML-powered actionable insights and offers built-in contextual collaboration. You can connect your existing ERP and supply chain management systems without requiring a lot of re-platforming or refactoring. You can quickly set up the supply chain using pre-trained ML models that understand, extract and transform disparted data into a unified data lake.

Speaking of Lakes, AWS also announced Amazon's Security Lake. The cool part about Amazon Security Lake is that it automatically centralizes security data from your cloud environment, on-premises, and custom sources into a purpose-built data lake stored in your account.

Swami Sivasubramanian’s keynote typically happens on Tuesday, and he opened with Athena support for Apache Spark, AWS Glue Data Quality, and an additional Machine Learning University announced for an Educator Enablement Program for higher education back in 2021.

In the past, AWS has released a number of ML universities and support for upskilling and education for those not only in high school but also in college.  AWS is doubling down more on the technology of ML learning and the Machine Learning University is now providing a free educator enablement program that prioritizes U.S. community colleges.

All of the on-stage announcements during Swami's Keynote were moderate releases designed to improve or enhance existing services.

For me personally, there were a couple of wow services that were released!

One of them that I want to talk about is Amazon CodeCatalyst. Now, this is in preview and this is specifically around DevOps, and it was released during Werner’s keynote. Speaking of Werner’s Keynote, did you like the beginning where he spoofed a little bit of the Matrix, it was pretty cool. I'm not going to spoil it but take a look at the link above.

What is Amazon CodeCatalyst about? It's unifying the software and development services and it's fully managed by AWS allowing you to focus on the deployment. Some of the other benefit that you want to talk about is the ability to launch new projects in minutes using blueprints. Everything you need, and when I say launch projects in minutes using blueprints, that's exactly what it is.

Amazon CodeCatalyst is only available in us-west-2 (Oregon). The first thing you need to do is create a new builder id if you don't have one already and associate it with an AWS Account.

This is very unique because if you think about a developer, they are tied to the company, but with the CodeCatalyst, this is their own ID and they are tied to a project and they can be tied to multiple projects, but if they ever leave that company, they still have that builder id.

It's very unique to that person. I like this capability and I did question the team on why wasn't it integrated into the console. Why do I have to create new things? And remember, you can have a developer on one too many different projects and maybe they are a consultant or contractor working on multiple projects for different companies. What Amazon CodeCatalyst is allowing you to do is to select existing blueprints that you’re about to test a three-tier, multi-tier single one. It almost feels like GIT where you can create projects, pull requests, and track issues within the environment. Now, I'm working on trying to deploy my first Amazon CodeCatalyst blueprint but I am running into a couple of issues. I'm not sure if it’s me but here’s a link to Part One of getting CodeCatalyst set up and installed, and I am working on part two, but I haven't been able to get as far.

The other is the Amazon VPC Lattice and really it's simplifying the services service connectivity and security monitoring. It's an application layer service that actually consistently connects and monitors and secures communications between services. What it's ultimately supposed to do is help you to improve productivity so that your developers can focus on building features that matter to the business. 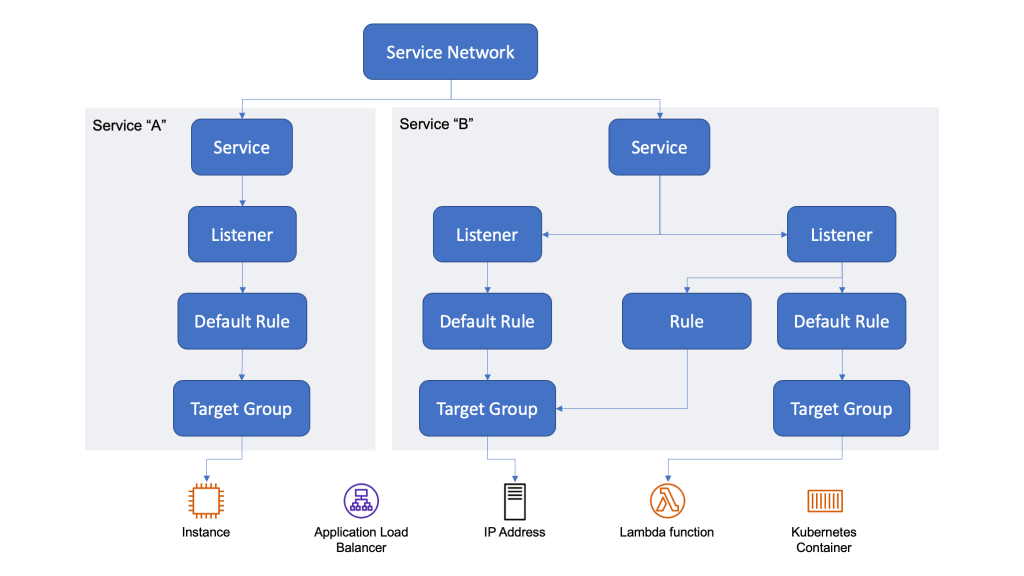 One of the instances that I do want to talk about around HPC is the Amazon EC2 Hpc6id instance, which is HPC-optimized, powered by the third-generation Intel Scalable processors, and this is going to be more geared towards analyzing higher data. Next was Amazon EC2 Inf2 instance (preview) are high performance and low cost for demanding inference workloads.

AWS is always updating and enhancing their general purpose instances and they added two more to the mix, they are the M6in and M6idn.

The instances are built on AWS Nitro System, a combination of dedicated hardware and lightweight hypervisor that delivers practically all of the compute and memory resources of the host hardware to your instances for better overall performance and security

I really feel like AWS has a mindset for tighter integration between its own services and removing the friction. While this AWS re:invent 2022 wasn't as big as previous ones with regards to the number of services or features being released. There were a number of things that I would definitely consider when you look at this as a whole since AWS actually started the re:invent conference back in 2012. From the types of features or services released, to AWS updating existing services they tightly integrate together instead of standing alone.

Even after AWS re:invent, they continued enhancing and integrating existing services together. Some examples are, on December 15th, they announced AWS Security Hub (preview) now integrated with AWS Control Tower. This is huge because one of the things with Control Tower is that it is an automated account factory service where you get all the best practices around account creation and security integration.

VMware Cloud on AWS now available in Africa (Cape Town) announced on Dec 6th, 2022. I know what you're thinking, VMware Cloud on AWS isn't something new, it's been around since its release back in August 2017 and it's just making its way to Cape Town. But the latest release is proving my point that "The Era of Constant Innovation at AWS isn't over". 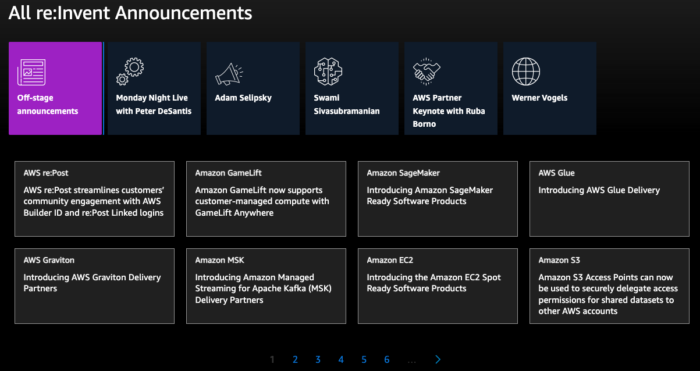 Don't forget to check out the Official AWS re:invent 2022 Event page and all the Off-stage announcements.